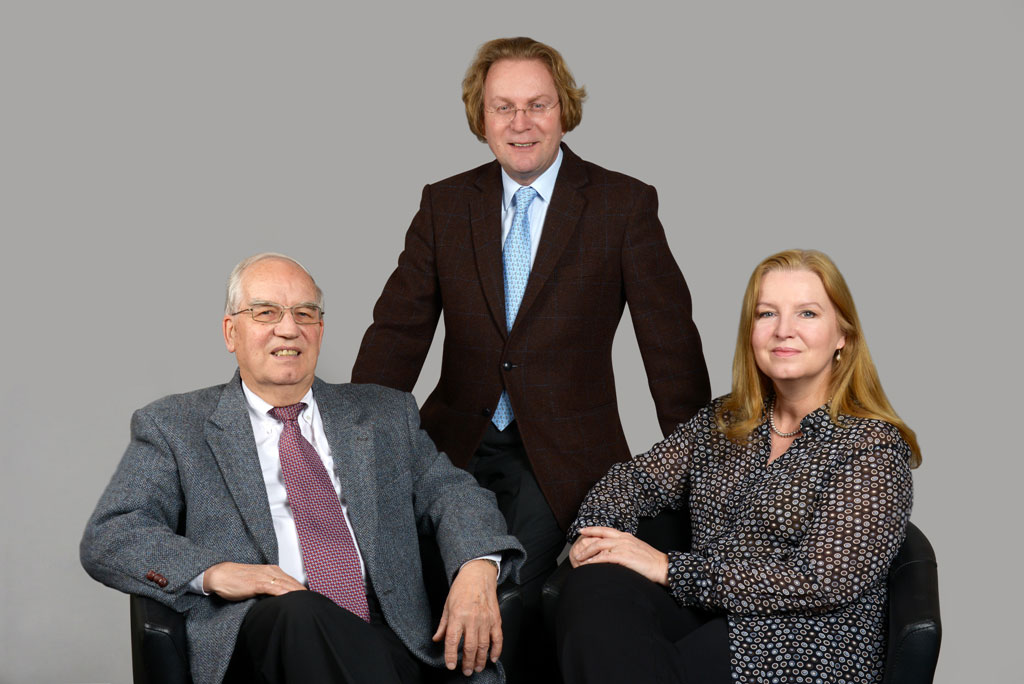 Born in 1939, he grew up in the Mendrisio area and achieved the diploma from the business high-school in Bellinzona in 1958. After working in the international transportation field, he moved to Germany where in 1967 he graduated in economics at the University of Bonn. Back in Ticino he worked as marketing assistant at Alemagna (afterwards Findus) in Chiasso. In 1972 he became marketing manager at Europrogramme, a real estate holding company under Swiss law, active in property investment funds. During those years he also taught marketing strategy at the Swiss Marketing Club, of which he chaired the Ticino section. Between 1982 and 1994 he was member of the board of directors of the Banca dello Stato del Cantone Ticino (state bank). In 1988 he began to work as the director at Immobiliare VESA, a real estate agency established in 1974 and, together with his daughter Isabel, he started a successful activity in real estate brokerage that lasts until today.

Born in 1961, bilingual in Italian and German, he grew up in Lugano. His professional career began at the European headquarters of Rotary International in Zurich as person in charge for the relations between the Italian and German speaking Rotarians. After an extended stay in the USA, he joined the European staff of the international organisation Up with People as director for Southern Europe, later becoming the European manager of the cultural program WorldSmart Leadership Program. Subsequently he moved to Zurich where he worked as the deputy secretary general of the European league against rheumatism. After having gained significant experience in the international non-profit sector, he returned in 2006 to Lugano as director of Immobiliare VESA. The in-depth knowledge of many different cultures and his innate language skills make him a competent advisor for the international clientele that wishes to move to Ticino.

Bilingual in Italian and German and born in 1964, she spent her youth and studies in the Mendrisio area as well as in the German-speaking part of Switzerland. After stays abroad to improve her language skills, she returned to Ticino and has worked ever since together with her father Marco for the development of Immobiliare VESA. In 1997 she obtained the federal diploma in real estate administration, whereas in 1998 she became a licensed real estate trustee, being listed in the Cantonal Professional Register of Trustees. Over the past years she has held various posts in the Swiss Real Estate Association SVIT Ticino and in the Ticino Federation of Trustees Associations. She is interested in traveling, animals and good cuisine and is happily married with her husband and colleague Eugenio.
The information provided on this website is based upon indications which we consider reliable, but because they have been supplied by third parties to us, we cannot guarantee that they are accurate or complete.

The offerings are subject to errors, omissions, changes, including price, or withdrawal without notice.

All dimensions are approximate and have not been verified by Immobiliare VESA.

To determine the correct dimensions it is recommended to hire a professional (architect, civil engineer, surveyor …).
Software Immomig® 2004-2023 by IMMOMIG SA | All rights reserved | All our advertisements on immomig-portal.ch